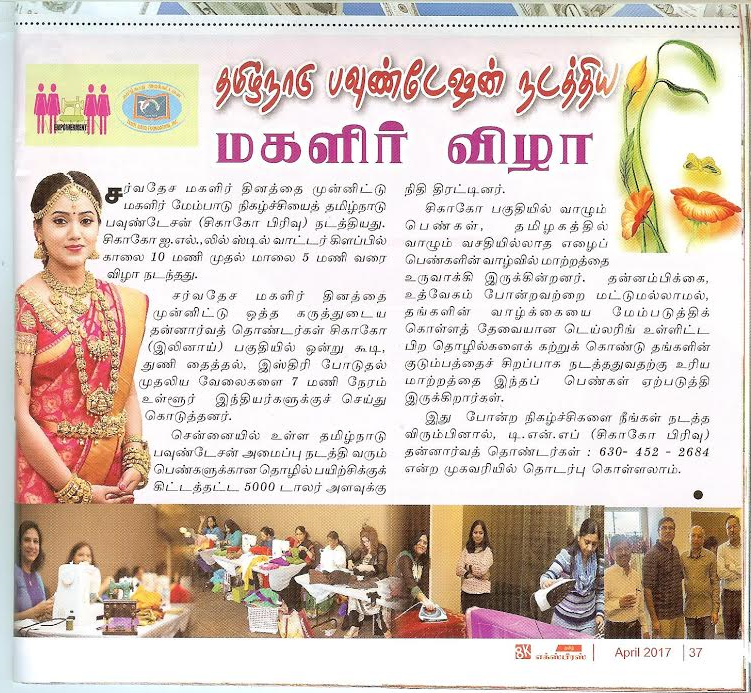 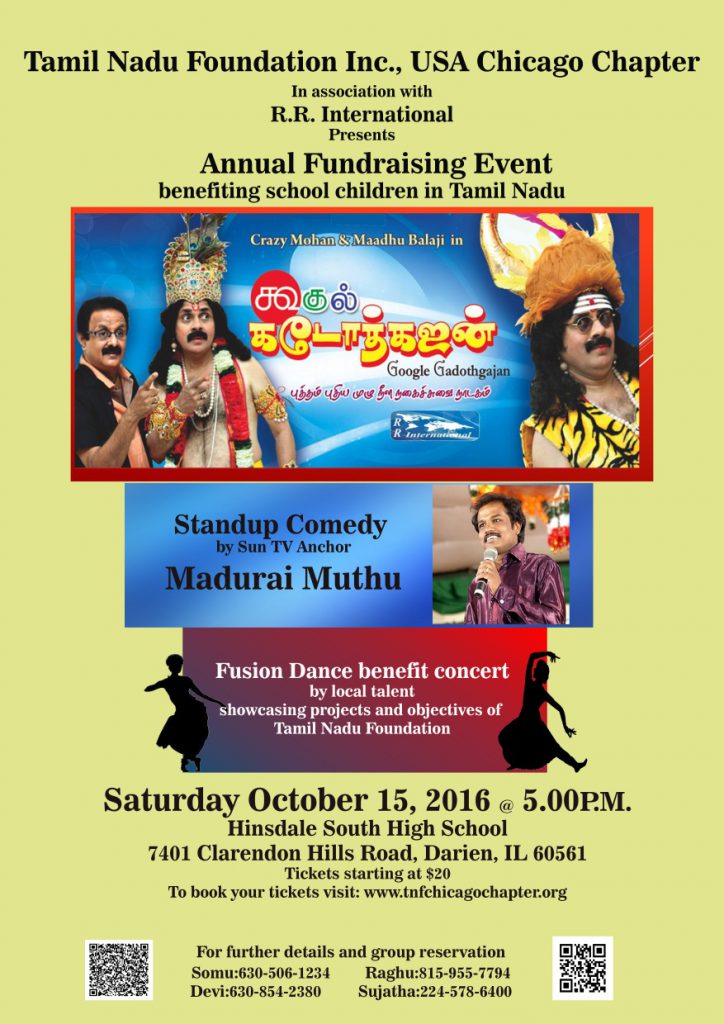 2014: TNF’s 40th National Convention was held in Chicago, during the Memorial Day Weekend.

2010: May 22. . Lakshman Sruthi light music program. Funds used to initiate the TNF-ABC project which focuses on educating the underprivileged in government schools in Tamil Nadu. Organized by Chicago Tamil Sangam.

This Campaign has ended. No more pledges can be made.